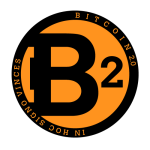 Bringing Bitcoin Back To the People

It might get a nickname Bitcoin2 or Bitcoin Scrypt but lets make no mistake about this, Bitcoin SHA has gotten totally lost within the corporate machine and in doing so, has lost its connection to the users and miners.

I hate ASIC or any form of dedicated device for decentralised currency mining, this was not what Bitcoin was created for and that is for it to be open source and in that respect, it should be able to be freely accessible to all.

Bitcoin is getting less accessible by the second, we have thousands of miners who pre-ordered JalapeĂ±os a year ago which are now just turning up and are in effect useless. THAT, is not what Bitcoin or any other Cryptocurrency is about and it is this sort of mishandled injustice that disgusts me, in the way in which these “specialised” companyâ€™s operate, have no customer care or real support and I bet when it comes down to it, really only care about money and not about Bitcoin itself and what it could mean for the world economy and the division of the working classes.

Lets make this clear once and for all.

Bitcoin SHA-256 is now a centralized “commodity” that has been taken out of the hands of the everyday miner and into the hands of the rich and powerful. Is only minable with a return using ASICâ€™s which get delayed until they become worthless.

Bitcoin Scrypt is a decentralised currency and using the Scrypt algorithm bringing the mining and the power back into the GPU owners, which is pretty much everyone in this community. If at some point they invent a Scrypt ASIC, then I will change the Algorithm again, so keeping it in the hands of the general community and will continue to do this.

Bitcoin Scrypt - Bringing Bitcoin back into the hands of the community!!!